Through my windshield on my way to work last week.  I thought about editing out the raindrops, but I decided that sometimes raindrops are just a part of life to be contended with, and there was no point to editing them out.  They simply exist, no matter what.  The raindrops may be on the windshield, but the view down the road is very promising.

Have a great week, everyone.

I caught this rising over the ridge on my way to work yesterday, just a quarter mile up the road from our house.  The golf course, normally filled with golfers at this time in the summer, has only the trees and their shadows as companions for the day.  Deer and geese often traverse the course as well.  This was one of those crisp and foggy mornings that signal the days confusion–will it be cold today, or will the sun warm the land and melt the heavy frost coating the greens.  Moisture hangs in the air until the earth and heavens decide, meanwhile bathing the landscape in haze.  Have a great day!

One of my pleasures in fall is discovering, or re-discovering, what’s remained hidden behind leafy, green foliage for most of the year.  As the season winds down and leaves remove themselves one-by-one, the landscape reveals itself.  It reminds me of assembling a jigsaw puzzle, seeing only parts which make no sense until almost the last piece is in place, the total picture finally revealed.

Such are the woods behind our home, which pitch steeply downhill to a small creek and a leaf-carpeted ground.  In warmer seasons, a sea of green is abundant and blocks most everything.  As temperatures cool, leaves begin to turn until the forest appears to be a fireworks display in full motion, reds, yellows and bright, bright oranges littering the view.  And then the winds blow, rain and storms ensue.  Leaves fall and the nakedness of the forest is revealed.  Suddenly, the scampering squirrels are visible everywhere, often making the forest floor appear to be in perpetual motion.  And looking out, there still stands the treehouse.

This treehouse, it is not made for people.  No, indeed, a man or woman with an eye for aesthetics likely would have chopped it down long ago in favor of a better view.  But that is not me.  Beauty in the eye of this beholder is watching the lives of small creatures popping in and out of this long-dead remains of tree.  Its certainly seen better days insofar as being a sprawling beauty.  However, nature is not yet done with my friend the tree, and she stands tall and branchless, welcoming the birds and furry creatures of the forest for winter’s respite.

This is the soap opera I prefer to watch.  Will the tree be standing again this year?  Who will inhabit her?  The squirrel with the black undercoat…the family of chipmunks feeding daily off my sunflower seeds…perhaps a woodpecker family.  Will their be neighbors?  Fights?  Nest robbery?

Peace of the morning

Morning is peace, for me.  I find the quietest time of the day, before the sun thrusts its beams upon my earth and soul, not to be a time of darkness.  Rather, I find it to be the brightest time of the day for me.  A time when all is clear and my soul is not divided by the harried life I wallow through.  I find it to be the time of day the light of my heart and soul shines and sings aloud.  I awaken.  I am grateful.  I am alive.

No lines at this super market

There doesn’t seem to be any waiting in line here–just a simple honor system.  A scale, some zucchini, a money box and, to the right (just in case)…some firewood.  These are the treasures of summer and fall country living.  There is nothing fresher than roadside produce from a mom and pop stand.  We buy all of our summer corn this way and, if we didn’t have a vegetable garden larger-than-life in our own backyard, we’d buy the rest of our veggies this way, too.  I do hunt for apples and grapes in the fall this way.  We’re particularly lucky in that our lakeshore habitat in the NW corner of our state lends itself to lots and lots of grape growing.  Oodles of them.  There’s a Grape Festival held annually, complete with a contest for squishing the little buggers under your toes.  Best Squisher of the Year, 2010.  If I had the nerve to enter, I’d wear my contestant badge as proudly as Miss Tennessee strutting across the runway in a one piece bathing suit from god-knows-where.

Apparently produce inspires me.  Well, actually, it does.  Roadside stands like this seem to be fading into our local history.  Some of the stands I’ve come across in the past few years–the ones on the more, well-travelled roads–are mini-markets with not-so-mini prices.  But these stands–those backroad gems we visit year after year–they beg you to stop and don’t disappoint.  Even if all  you can buy is an armful of fresh zucchini, so be it.  Its fresh.  And it’ll taste great. 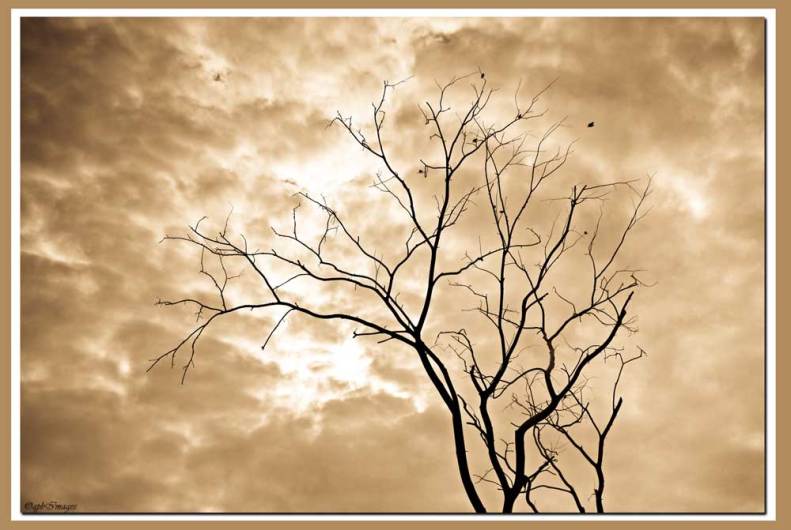 It’s the heat, I swear.  This is a bonafide heat-induced post.  I love summer, really.  I’m just saying…let’s bring it down about 10 degrees….otherwise, my loving thoughts of summer meander to the autumn.  And we all know what comes after that….next I’ll be posting snow drift pictures.

The color version of my black and white cornbin.  Leaves here in NW Pa are now far and few between.  It is amazing how quickly a season can visually pass with the aid of high winds and heavy showers.  Were it not for the help of our cameras, the seasons would but a flicker of memory.

As for now, it seems fitting to begin looking down the road to the next season, with its holiday cheer, fireplace evenings, and family gatherings.

We’ll see you all down the road apiece…and Happy Halloween!